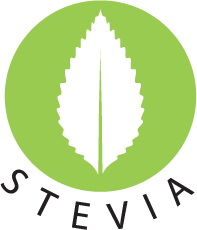 What are the benefits of Stevia?

Controls Diabetes:  The most widely praised aspect of stevia for human health concerns is its ability to regulate blood sugar levels in the body. This is an ideal replacement for normal sugar for diabetics or people on carbohydrate controlled diets.  Opposed to sucrose, which is what normal table sugar consists of, stevia sweetens food in a similar way as sugar, but it contains stevioside, which is a non-carbohydrate glycoside compound. As explained above, when stevioside breaks down, the glucose-containing particles are absorbed by the bacteria in the colon, rather than being absorbed into the bloodstream and affecting glucose levels in the body.

Weight Loss: Stevia is 0 carbs and calories and is anywhere from 40-300x sweeter than sugar  This helps in controlling excess sugar content in a balanced diet while not feeling deprived from sweets.

Regulates Blood Pressure:  Stevioside is a type of glycoside, but there are other glycosides in stevia that can actually relax the blood vessels, increase urination, and facilitate the elimination of sodium from the body. This means that less stress is put on the cardiovascular system and there can be a drop in blood pressure, which protects heart health and prevents certain conditions such as heart attacks and strokes.

Prevents Cancer:  The rich source of antioxidant compounds found in stevia makes it an ideal dietary supplement for the prevention of various cancers including pancreatic cancer. The glycoside compounds in stevia help to eliminate free radicals in the body, thereby preventing them from mutating healthy cells into malignant ones. Antioxidants also help to prevent premature aging, cognitive malfunction, and various other conditions like heart disease.

Oral Health:  Stevia has been found to reduce bacterial formation in the mouth, making it a popular additive for toothpastes and mouthwashes. It also prevents cavities and gingivitis.

Skin Care:  Stevia is useful against skin conditions such as eczema and dermatitis. Topical application of it inhibits the spread of bacteria and acts as a steroid in these situations, making it a popular option for many people who can’t get relief from these conditions.